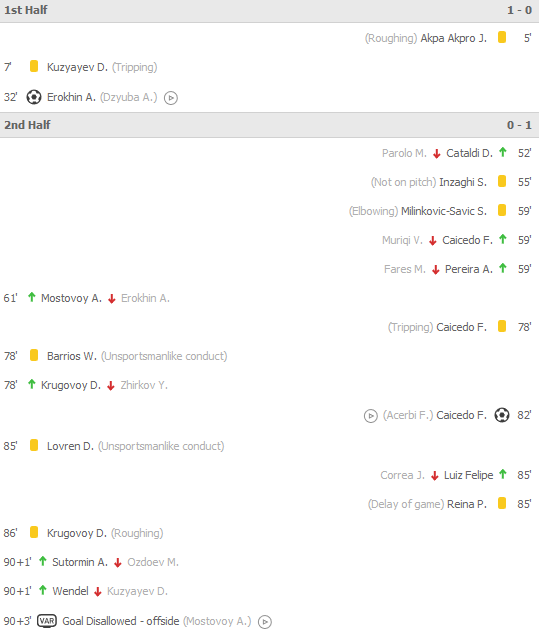 Lazio are top of UCL Group F on goal difference, with their matches featuring 3.0 goals on average, although that’s below their Serie A match average this season of 3.67 per game. Unbeaten in four competitive matches (W3, D1), Lazio scored first on each occasion in games that saw both sides score. Indeed, nine of their last ten UCL group games (W2, D4, L4) witnessed goals at both ends.

Continuing that theme, clean sheets are a rarity for Lazio, who haven’t kept one away from home in UCL group stage matches since Sep 2003. Additionally, Lazio have failed to keep a clean sheet in three of their four competitive away matches this season, while conceding penalties in the last two, including the 1-1 UCL away draw.

Players to watch: Aleksandr Erokhin is yet to score a UCL goal for Zenit, but has four goals in his last four domestic games.

Andreas Pereira is fresh off his first SA goal - as Lazio’s first scorer within 20 minutes - and could start here in the absence of Ciro Immobile.

Hot stat: Zenit have won only once in four UCL matches against Italian opponents (D1, L2), while Lazio have never lost to a Russian side in a UEFA game (W1, D3).