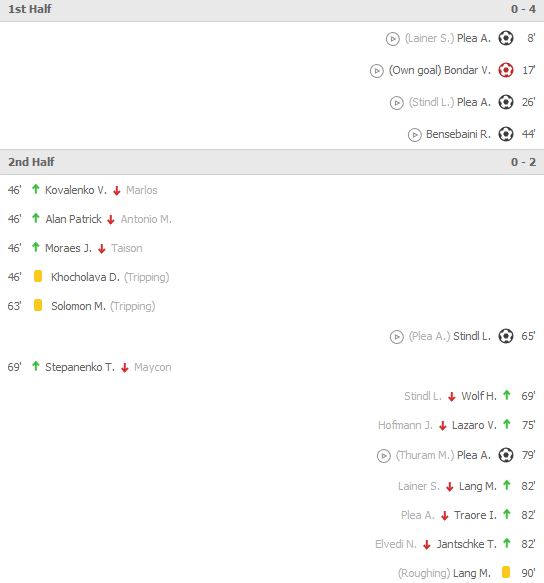 UEFA Champions League Group B (UCL) looks upside down based on expectations after the group draw, as Shakhtar Donetsk aim to extend their unbeaten start to 2020/21 (W4, D5). This is their first meeting with Borussia Mönchengladbach, though their post-2000 record vs German opponents is decent (W6, D8, L6) and includes a European double over Wolfsburg last season.

This could be a tight affair given that Shakhtar’s last four UCL home encounters with German sides all ended level, each against a different side. A repeat of that here would extend Shakhtar’s winless run in UCL home games to eight - their current seven-game winless run (D4, L3) is their worst such streak in UCL history.

Much like their hosts, Gladbach have enjoyed a solid start to their competitive campaign (W4, D4, L1) and showed character in gaining a lead in both UCL games so far, each as an outsider, albeit they then capitulated to draw. Notably as favourites, ‘Die Fohlen’ have won just two of their last five UEFA-sanctioned games (W2, D1, L2).

Gladbach manager Marco Rose has a positive record when managing in UEFA away games (W6, D6, L4 - excluding qualifiers) and Rose is unbeaten in such away games since his appointment here (W1, D3). Furthermore, Gladbach’s only visit to Ukraine across the last decade saw a 2-1 victory in Kiev (2012/13 qualifying).

Players to watch: Tetê was involved with two of Shakhtar’s three first-half goals in their UCL victory over Real Madrid (one goal, one assist). He seeks his first UCL home goal here.

Marcus Thuram bagged a first-half brace against Madrid last time out in the UCL, but is still hunting his first European away goal for Gladbach.

Hot streak: No German side has won away in Ukraine across the last nine such clashes in the UCL proper (D6, L3) since Bayern’s 1994 victory over Kiev. 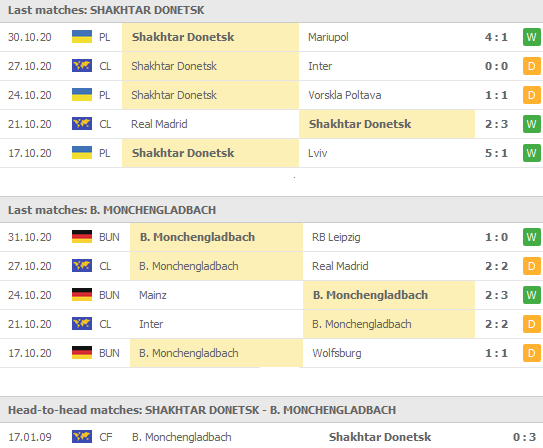